Fallout from Covid-19: Employment tribunal claims are on the rise 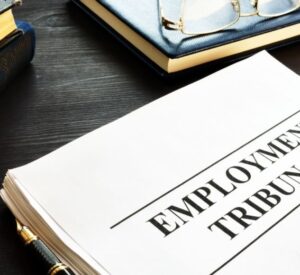 The work environment has received a seismic blow as the UK and the rest of the world have grappled with the COVID-19 pandemic. The political measures put in place to deal with the pandemic have had a dramatic effect on the economy and the employment landscape. Jas Dubb, an Associate solicitor in the Employment Team at The Wilkes Partnership, looks at one aspect of fallout from Covid-19: employment tribunal claims are on the rise.

Jas says: “Data recently published for the Employment Tribunal Service (ETS) gives us an insight into how the economy has reacted over the past year. The figures show that claims to the ETS rose to above pre COVID-19 levels, suggesting this is due to an increase in unemployment and changes to working conditions and practices during the pandemic”.

The HM Courts and Tribunal Services has released its quarter three figures (Q3) for the period October to December 2020, which includes figures for the ETS.

The statistics are grouped and measured using the following:

Jas continues “This snapshot of where we are today in respect of the Q3 statistics compared to the same time in 2019 shows a significant increase in claims in both Single and Multiple Claims. Although the figures in respect of Multiple Claims may seem alarming at first glance, they should be kept in perspective. Multiple Claims often deal with multiple claims being registered against one single employer, which means that the figures tend to be skewed”.

What the figures reveal

Jas concludes “With the extension of the furlough scheme to September 2021, it is expected that claims will level off in the immediate to short term. However, the predictions are that the economy will have to undergo some level of correction with the likelihood of increased unemployment, resulting in another increase in claims to the ETS.”

If you are in receipt of an employment tribunal claim, or you are thinking of making a claim against your ex-employer, the Employment Team at Wilkes have the depth of knowledge and experience you need to tackle the situation.

Contact Jas Dubb in the Employment team at The Wilkes Partnership on 0121 710 5929 or at [email protected] for expert legal advice and practical guidance on defending or making an employment claim.