“The biggest divorce case in British legal history” – What made this case exceptional? 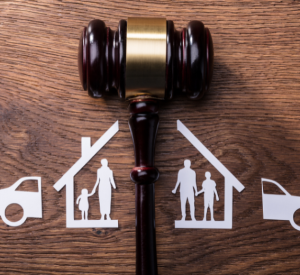 The High Court has ordered the ruler of Dubai to pay Princess Haya and their two children a divorce settlement that could exceed £500m, the highest ever awarded by a UK court. A series of hearings concerned with arrangements for their children and financial support have so far cost over £70m in legal fees.

Princess Haya fled from Dubai to Britain with her children in 2019 after discovering that Sheikh Mohammed had previously abducted two of his other daughters and brought them back to Dubai against their will. Haya has also experienced threats from Sheikh Mohammed following his discovery of her affair with her British bodyguard. Because of this, Haya spent substantial sums of money on security for fear her children would be abducted and flown back to Dubai.

Mr Justice Moor stated that the main threat to Haya and the children came from Sheikh Mohammed. The High Court judges found, on a balance of probabilities, that:

There is no standard formula for calculating appropriate provision in financial proceedings on divorce. The court must consider all of the circumstances of the case and a number of factors (the so-called section 25 factors). First consideration is to be given to the welfare of any minor children of the family.

In the divorce settlement, Mr Justice Moor decided that, given earlier rulings, Haya and the children were particularly vulnerable and needed watertight security to ensure their continued safety in the UK. He said that he had done his best to reach a reasonable conclusion given the “exceptional wealth and remarkable standard of living enjoyed by these children during the marriage”, he said that this took the case entirely out of the ordinary.

It was ordered that Sheikh Mohammed pay Haya £250m upfront, and provide a bank guarantee of £290m for annual payments. The costs of security for Haya’s lifetime are to be paid upfront (£210m within three months) rather than annually, to avoid a situation whereby it would be in the Sheikh’s interests to reduce the payments as to weaken the defences of Haya against him. The Sheikh must pay £5.6m maintenance per year for each child until they finish their tertiary education (after which he must pay them directly and the money will be used for security).

Haya did not ask the court to award any money to her personally, other than to compensate for items that she had lost because of the marital breakdown. The Sheikh was ordered to pay £41.5m up front to Haya for chattels, cash for education, and maintenance arrears.

When determining appropriate provision in financial proceedings, the court will look at the respective needs of each party. Needs are interpreted widely and can include any reasonable expenses. In situations that are more usual, this involves the court considering things like housing needs or income needs. In this case, however, Haya and the children’s need for sufficient ongoing security was one of the paramount considerations of the court.

If the bank guarantee is used in full, the settlement would reach £554m, although this could vary depending on how long the yearly payments last. Mr Justice Moor said that there could be a reconsideration of the payments if the children’s security situation changes because of reconciliation with their father; however, the current risk to them was “clear and ever present”.

Clearly, this is an exceptional case but it provides an interesting insight into the court’s treatment of special circumstances in respect of divorce settlements. If you need help with a matrimonial or family issue that involves special circumstances, a member of our team can help you to navigate the process. You can find out more here.

If you would like assistance in relation to a family matter, please contact Aaron Keene on 0121 710 5947 or by email.