IR35 Reform – Preparing for Changes to the Off-Payroll Working Rules 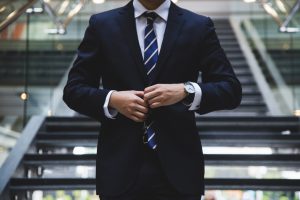 “Off-payroll working” is the term used by HMRC to describe the situation where an individual worker provides his/her personal services via their own Personal Service Company (‘PSC’).

The IR35 rules target contractual workers who operate through an intermediary, usually a limited company and/or via an agency, to offer and provide services to an end business user, but, who would otherwise be deemed a full-time employee if they did not work through such an intermediary or agency. HMRC defines these workers as “disguised employees” as they may be awarded the same rights and benefits that a full-time employee have, but are paying significantly less in tax. It is estimated the cost to the Exchequer will reach £1.3 billion by 2023/4 in lost revenue.

IR35 rules have been implemented by the government since 2000, but the legislation has been subject to continual changes and advancements – the latest being the rules which effect the private sector. HMRC created the IR35 legislation to combat tax avoidance by a PSC. The legislation has caused some frustration within the contractor workforce, with many battling with HMRC to prove that they are outside of IR35, and therefore not liable to be taxed at a higher rate.

Jas Dubb of The Wilkes Partnership considers the impact of the new rules and how companies can prepare for the challenges ahead.

What does this mean for the Private Sector?

Since the implementation of IR35, there have been several amendments made by HMRC to ensure that contractors are paying the correct tax. However, there was a belief that a lot of PSC owners subject to the IR35 regime were paying too little tax and national insurance. Because of this, new ‘off-payroll’ rules were implemented in April 2017 for contractors working for public sector organisations.

In the original legislation, it stated that the sole responsibility for paying the right amount of tax according to IR35 rules sat with the contractor. This has changed so that the obligation now sits with the end business user hiring the contractor. If the contractor is found to be within the IR35 rules, the end user client must deduct employees’ national insurance and tax from the contractor’s pay, as well as paying the correct amount of employers’ national insurance. These rules apply to most private sector businesses from April 2020, although the smallest 1.5 million businesses are excluded.

Ultimately, medium and large businesses will be responsible for concluding whether the contractors they engage fall inside or outside IR35 and apply the off-payroll rules deduct the relevant tax and national insurance from their pay and give it to HMRC.

What are some of the changes?

Jas Dubb explains that: “Many businesses that use contract workers may have their plans in place for IR35 reform. However, with just months to go, it is vital that companies prepare and give this complicated tax reform the focus it undoubtedly deserves.

Companies and self-employed individuals should be mindful to have up to date contracts. It is also important for companies to have policies and procedures in place to ensure the new IR35 legislation is taken into account.”

For any further guidance on this issue or any other employment related matter, please contact Jas Dubb on 0121 710 5929 or at jdubb@wilkes.co.uk. You can also contact any other member of the Employment Team on 0121 233 4333 or email us at employmentlaw@wilkes.co.uk.