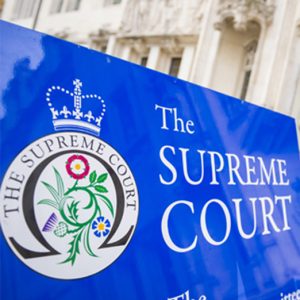 Recent Ministry of Justice figures show a huge increase in the number of Employment Tribunal claims received, compared with the same period in 2017.

In September 2018 the MoJ published quarterly statistics for the period April to June 2018, showing a continuing trend for increasing numbers of tribunal claims. Compared against the same quarter in 2017, the number of single claims received increased by a startling 165%.

This follows on from the Supreme Court decision in July 2017 that fees in Employment Tribunals were unlawful, leading to their abolition. Since the introduction of fees in July 2013, there had been a sharp decline in the number of claims. As expected, the latest figures show this trend is now firmly in reverse.

In July 2018 ACAS published its report for 2017/18. Sir Brendan Barber, ACAS Chair, said, “The number of people deciding to pursue a tribunal claim has definitely increased since the Supreme Court decision to scrap fees. Our annual report shows that demand for our early conciliation service increased by nearly 20% and there’s been an almost 40% jump in ACAS cases that involve tribunal claims compared to the same period the previous year.”

However, the MoJ figures also show that the outstanding caseload has increased by 130% compared with the same quarter last year.  Following the introduction of fees, tribunal staff and judicial resource was allowed to dwindle. Now that claims are once more on the rise, users are feeling the effects of this, with long delays in dealing with correspondence and hearings sometimes being listed 12 – 18 months away. For businesses and employees involved in legal action, this is far too long a wait.

The future of Employment Tribunal Claims

To reverse this reduction in service, an exercise to recruit additional Employment Judges in England and Wales has begun across the 10 regions, with the equivalent of 54 full time judges being recruited.  That process is expected to conclude by January 2019, with the new crop of judges expected to commence work in around April 2019.

Lisa Moore comments: “The latest figures continue to demonstrate that current and former employees are now far more likely to issue a claim (and use the services of ACAS as a precursor to doing so). This emphasises the importance of businesses having proper policies and procedures in place, to help manage employee expectations and protect against successful claims, as well as acting correctly when difficult situations arise and taking advice.”