A Game Of Unintended Consequences 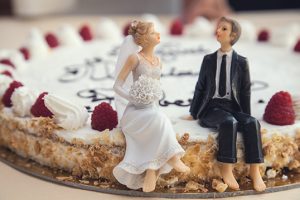 Couples habiting and marrying later, people living longer and entering into relationships later in life or needing more support around the house, contribute to people moving in together.  All too often issues about property ownership are put on the back burner and left until it’s too late.  Someone dying unexpectedly or the relationship going sour leads to acrimonious fallouts, some of which end up being thrashed out in Court.

There are two ways of legally owning property with someone: joint tenants where it passes by survivorship automatically to the survivor, and tenants in common where, on death of one party their share passes under their Will.  It is presumed that the ownership is 50:50 but this does not have to be the case.

But what if the property isn’t in your name?  Promises may have been made and relied upon, someone might have given up their job, contributed to the mortgage or the upkeep of the property or sold their own property and put money into the new purchase.  What’s fair in those circumstances, is it right to say that they have no rights over the property if they are not the legal owner?  Over the years these questions have been debated by lawyers and Courts providing various principles to apply.

Very often, these unintended consequences and legal battles could have been avoided by a well drafted Will or a document called a Declaration of Trust setting out each persons’ interest in the property.

For more information please contact Ellie Holland at The Wilkes Partnership, on 0121 733 8000 or email: [email protected] .