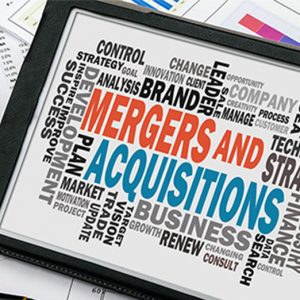 The Wilkes Partnership has advised Smarts Plumbing Specialists Limited, a leading Midlands-based provider of plumbing and heating services, in raising a £3.5million term loan to support the next phase of growth.

Smarts, based in Heath Hayes, was formed in 1972 by John Smart, and then subsequently acquired by his three sons Alan, Kevin and Chris in 1993.Smarts installs plumbing and central heating systems into new build residential properties and has developed complementary business streams in the areas of maintenance and boiler servicing.

Smarts has longstanding relationships with all of the major national housebuilders including Barratts, Persimmon, Taylor Wimpey and Redrow and prides itself on providing a quality service and high levels of aftercare, thereby maintaining its excellent reputation in the market.

Commenting on the deal, Managing Director Alan Smart said: “The company was formed over 45 years ago by my father John, and me and my brothers continued to develop the business following dad’s retirement.  We are a fiercely proud family-run business with a strong culture and over the years have built a loyal and experienced team who we regard as our extended family.

I am very excited about the future, and myself and my brothers will continue to drive the business forwards whilst developing the management team and bringing them into the ownership of the business.

Alan further commented – “We felt confident throughout the negotiations that Rick and the team were completely on top of the deal and helping to drive the process to completion. We are grateful for their help, expertise and energy.  ”

Commenting on the deal Rick said: “It was a real pleasure working with the team at Smarts. It’s great to be a part of their success story.  We look forward to a continued relationship with Alan and the team during the next phase of the company’s development.”

The deal was the latest in a string of substantial transactions completed by the Corporate team in Q3 – demonstrating the range of expertise that we have at Wilkes to deliver these sorts of transactions.

For help and advice relating to your business get in touch with Rick Smyth on 0121 710 5932 or via email at [email protected].