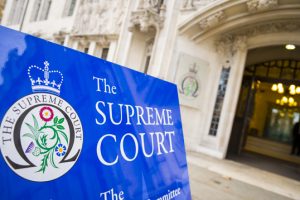 Civil Partnerships should be available to everyone – or no one. This was the key finding of a hearing in the Supreme Court in July of this year.

The anomaly in the law arose when Parliament enacted the 2013 Act enabling same-sex couples to marry.  It consciously decided at that point neither to abolish same-sex civil partnerships nor to extend them to different-sex couples even though that was recognised as creating an inequality of treatment between same-sex partners and different-sex partners. Rather, Parliament decided to carry out further investigations. They proved inconclusive. The government therefore decided that there should be no final decision on the future of civil partnerships until societal attitudes became clearer after same sex marriages had taken root.

In seeking to justify its interference with the rights of different-sex couples, the government argued that changes in the law in such a sensitive area of social policy needed time for proper inquiry and consideration. Requiring such time was a legitimate aim. It was therefore legitimate to perpetuate the acknowledged inequality of treatment.

A key consideration for the Supreme Court in addressing the issue was the European Convention on Human Rights taken in conjunction with the right to respect for family life. One of the main tenets of the convention is that people should not be discriminated against on the basis of sex – unless there is a very good and justifiable reason for it.

In respect of the 2013 Act it was parliament itself that brought about the inequality immediately on the new law coming into force, where none had previously existed. In the Court’s view, to create a situation of inequality and then seek the indulgence of time, in the present case several years, as to how to cure it was, to say the least, less obviously deserving of a margin of discretion.

The Court therefore found that the current 2013 Act is discriminatory, that there is no justification for this discrimination and the Act should therefore be amended as soon as possible.

This is not to say that the law has yet been changed and nor can different-sex couples yet have a civil partnership. It is, however, a significant signpost on the way to alleviating this anomalous and discriminatory law.

If you would like assistance in relation to a family matter, call Aaron Keene at The Wilkes Partnership on 0121 785 4400 for further information or email [email protected].