Splitting the pension pot: dealing with disparity on divorce 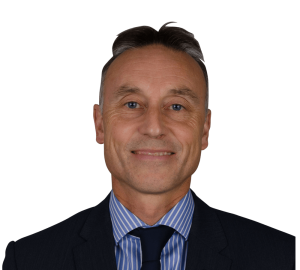 Recent research conducted by the Manchester Institute for Collaborative Research on Ageing (MICRA) and the Pensions Policy Institute has revealed substantial gaps in pension wealth between men and women. In the age group most likely to get divorced (45 to 54), men have more than twice the pension wealth of their wives. This disparity increases in the older age groups. Despite this disproportionate gap, official statistics show that only 12% of divorces result in pension division – so why is this the case?

The primary concern in financial remedy cases on divorce is fairness between the parties. The 2019 Pension Advisory Group Report (The 2019 PAG Report) emphasised that this fairness applies to pensions as much as to other assets and income. However, mainly due to the complexity surrounding pensions, the party with the smaller pension often does not consider attempting to get a share of the other party’s pension. Clearly, this does not lend itself to the achievement of fairness between the parties.

Pensions are notoriously difficult to value and divide. Even in the more straightforward cases, it may be necessary to obtain assistance from financial advisers and pension experts on specific points. This increased cost and extended timeframe can definitely be off-putting. Advisers need to consider whether this increased cost is justified by the potential benefit of sharing the pension. The figures highlighted by the research show that it is likely that the cost will be justified in the majority of cases, due to the disparity in pension wealth between men and women.

The 2019 PAG Report observes that the vast majority of divorces are needs-based cases. In needs-based cases, generally the assets of the parties’ do not exceed the parties’ needs, therefore the court can resort to whatever assets they need, whenever acquired, to ensure fairness. This would include pensions. With sharing cases however, where assets broadly exceed needs, pensions are still relevant but issues of timing, source and apportionment apply.

It is not only private pensions that need to be considered. The 2019 PAG Report emphasised that “State Pensions are valuable assets and must not be ignored”. Advisers must ensure that consideration is given to their client’s own pension, as well as the other party’s State Pension.

As well as the cash equivalent value of the pension, it is also important to consider the spousal benefits attached to the pension that will be lost on divorce. This can be a point of negotiation when approaching financial settlements on divorce.

The judge will need to be satisfied that any settlement arrived at is fair. Due to the clear disparity in pension wealth between men and women, advisers should explain the benefits of pension sharing to their clients where appropriate to ensure that fairness is achieved so far as possible.

If you would like assistance in relation to a family matter, please contact Aaron Keene on 0121 710 5947 or by email.