Settlement Agreements – How They Work & How to Use Them 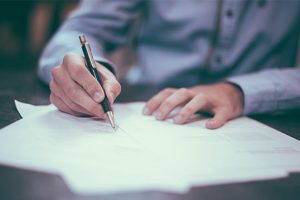 Settlement Agreements can be a useful tool in resolving workplace disputes and for bringing employment relationships to an end in a mutually agreed way.  It is a legally binding contract between employer and employee which settles claims that the employee may have against their employer.

Sarah Begley Solicitor in the Employment Team at The Wilkes Partnership considers how Settlement Agreements work and when to use them, key terms and common negotiation points.

What is a Settlement Agreement?

Settlement Agreements, formerly known as Compromise Agreements, are legally binding contracts which can be used to end an employment relationship on agreed terms. They can also be used where the employment is ongoing, but both parties want to resolve a dispute that has arisen between them.   These Agreements can be offered at any stage of an employment relationship and can be proposed by either an employer or an employee, although in most cases it will usually be the employer.

There are specific conditions that must be met in order for a Settlement Agreement to be valid, they are:-

Once a valid Settlement Agreement has been signed, the employee will be unable to make an Employment Tribunal claim about any type of claim, which is listed in the Agreement save for limited claims in respect of pension, personal injury and claims to enforce the Agreement itself.

A reasonable amount of time should be given to the employee to consider the proposed conditions of the Agreement.

The ACAS Code of Practice stipulates a minimum of 10 calendar days unless agreed otherwise between the parties.

Settlement Agreements are voluntary and parties do not have to agree to them or enter into any discussion about them. There can be a process of negotiation during which both sides make proposals and counter proposals until an agreement is reached or both parties decide no agreement can be reached.

If a Settlement Agreement is not reached and depending on the nature of the dispute or issue, resolution may be pursued through a performance management, disciplinary or grievance process, or mediation whichever is best suited. It is important that employers follow a fair process. If the employee is dismissed, failure to do so may give grounds for a claim of unfair dismissal.

Although there is no statutory right for the employee to be accompanied at any meeting to discuss the Agreement, as a matter of good practice, it is sensible for employers to allow an employee to be accompanied when meetings are held as this can often help progress meaningful discussions.  The Settlement Agreement will specify a date when the employment relationship will come to an end along with details of payment and the timing of that payment.  Payment should be made as soon as practicable after the Agreement has been reached.

Other non-financial terms can include an agreed reference, a confidentiality clause and a clause preventing the employee from making any derogatory comments about the employer.

Details of payment and the timing should be included in the Agreement; any payments should be made as soon as practicable after the Agreement has been reached.

To discuss anything arising from this update, please contact Sarah Begley on 0121 733 4312 or via email at sbegley@wilkes.co.uk You can also contact any other member of the Employment Team on 0121 233 4333 or email us at employment@wilkes.co.uk.