More directors who took out bounce back loans are at risk of disqualification investigation in the coming months: what are the directors’ rights? 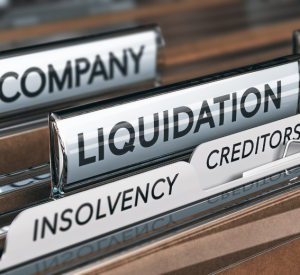 There have been widespread reports that the Government-backed loan schemes implemented to assist ailing businesses during the pandemic were on occasion subject to abuse.

The Insolvency Service is carefully scrutinising the conduct of directors whose businesses took out Government-backed loans, where there has now been default and the business has failed.

In this article, Andrew Garland, a Partner in the Business Recovery & Turnaround Team at The Wilkes Partnership, explores what will alert company directors to the fact that their conduct is being investigated and what action they should take to mitigate the risk and consequences of being disqualified from directorship.

Fraud or no fraud?

The bounce back loan scheme was one of the most utilised schemes during the pandemic, with a total of £47bn having been advanced. It is estimated that approximately £17bn will never be repaid, and an estimated £4.9bn is thought to have been lost to fraud. Some of this money was put into companies, which have been dissolved meaning that as they have not gone into any formal insolvency process and they have not been the subject to any investigation by either the Insolvency Service or a licenced Insolvency  Practitioner.

To respond to this, the Government has introduced new legislation, giving the Insolvency Service additional powers to enable it to investigate and disqualify directors of companies which took out bounce back loans and were then subsequently dissolved. Prior to this new legislation the Insolvency Service had no ability to investigate companies that were dissolved.

Under the Rating (Coronavirus) and Directors Disqualification Dissolved Companies Act 2021, the Insolvency  Service can now investigate directors whose companies have been dissolved within the last 3 years and also has the power to seek an order that the director pays compensation to creditors in appropriate cases.

What does an investigation from the Insolvency Service look like?

When a company goes into a formal insolvency process, the office holder will file a report with the Insolvency Service. The information within that report will help determine whether the Company’s director(s) should be investigated. Often, one of the aspects the Insolvency Service will be looking out for is a large deficiency to creditors and in particular Government departments especially if the director has been paying himself large sums at the time the liabilities accrued. Where a bounce back loan was taken out the focus (whether the Company went into a formal insolvency process or was dissolved) will be on whether (a) the application for a bounce back loan was honestly completed; and (b) the monies were used in accordance with the criteria for which they were advanced. Typical examples of concern might be if the director secured the maximum amount of bounce back loan for a non-trading company and/or all of the monies were then hived out to himself personally, perhaps for a house extension or a new top of the range car.

What are directors’ rights?

An investigation by the Insolvency Service can have severe consequences. It can potentially lead to a company director being disqualified as a director or being concerned in the management of a company for a number of years in cases of misconduct. In the most serious of circumstances, a period of disqualification can last up to 15 years.

This is why it is vital for directors to obtain legal advice as soon as the Insolvency Service has made them aware that an investigation is underway.

First contact involves the Insolvency Service sending a letter and asking questions about the performance of the company, the decisions made and the specific roles of the directors and officers of the company in the period leading up to the insolvency through liquidation or administration.

While the initial investigation may well seem to be general in nature and unlikely to result in any major issues, taking early advice is essential, to prevent damaging the director’s position in respect of the potential disqualification proceedings and to ensure any explanation is given in its proper context.

Any response even at an early stage needs to be carefully considered. In many instances, it is also recommended to gather evidence to support the director’s case – third parties who were involved at the time can help, including accountants, insolvency experts, lawyers and anyone else who gave material advice to the company at the time.

Getting specialist legal advice at an early stage when faced with a disqualification investigation can assist significantly in ensuring, so far as is possible, that the conduct is not regarded as serious as the initial information supplied to the Insolvency Service might suggest. This could lead to either the investigation being closed, or less serious allegations of misconduct being pursued. If it is clear that disqualification is likely expert advice will, assist in looking at the options so that the impact of disqualification is minimised. It might for instance be possible to obtain permission to continue to be a director/concerned in the management of a named company even if disqualified.