Red Soled Shoes Must Be Louboutins 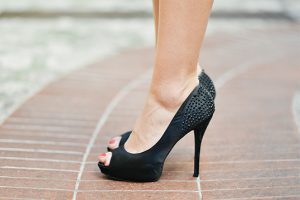 For those of us for whom such items are of significant importance, we can confirm that the colour red (specifically Pantone 18-1663TP) is now becoming recognised as a registered trademark for Louboutin high-heeled shoes.

The Grand Chamber of the Court of Justice of the European Union made this finding in proceedings brought by Christian Louboutin and his companies concerning the sale of shoes by another company (Van Haren shoes) that Mr Louboutin alleged infringed his trademark by incorporating red soles.

Mr. Louboutin reportedly used his assistant’s red nail polish and applied it to the soles of a shoe a quarter-century ago. Since then, he has frequently declared the design element to be his recognisable signature and has argued that it merits legal protection.  This argument was put to the test when Van Haren, a Dutch company, started selling affordable high-heeled women’s shoes with red soles. Lawyers for Mr. Louboutin claimed that the shoes sold by Van Haren, part of its Fifth Avenue by Halle Berry line, infringed on his brand’s trademark for footwear. The trademark, registered in Belgium, the Netherlands and Luxembourg, referred to “the colour red (Pantone 18 1663TP) applied to the sole of a shoe.”

Louboutin’s team had an initial ruling in their favour and Van Haren had to temporarily stop making and selling the line of shoes, but the company’s lawyers fought back, using the argument that Mr. Louboutin’s red soles were not a separate entity from the shape of his high-heeled shoes – and shapes typically cannot be trademarked under European Union law.  The case eventually made its way to the European Court of Justice and the arguments focused on the definitions surrounding “shape”.

The Court found that, whilst it was true that the shape of the product or of a part of the product played a role in creating an outline for the colour, it could not, however, be held that a sign consisted of that shape in the case where the registration of the mark did not seek to protect that shape but sought solely to protect the application of a colour to a specific part of that product. The mark did not relate to a specific shape of sole for high-heeled shoes because the description of that mark explicitly stated that the contour of the shoe did not form part of the mark and was intended purely to show the positioning of the red colour covered by the registration.

In its ruling, the court concluded that Louboutin was not seeking to protect the shape of a shoe, merely the application of a colour to a specific part of it.

The case is not over yet as it will still have to go back to the original Dutch Court, however it is widely expected that the court will now confirm the validity of the red sole trademark.

If you would like assistance in relation to a copyright/trademark matter, please call Aimée Redican on 0121 710 5846 for further information or email [email protected].