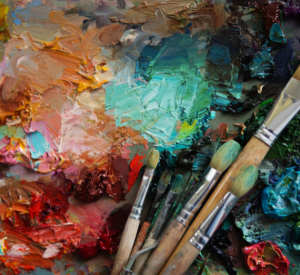 Birmingham law firm The Wilkes Partnership has renewed its commitment to the local art scene by continuing its sponsorship of The RBSA (Royal Birmingham Society of Artists).

The RBSA was formed as the Birmingham Society of Artists in 1821 making it one of the oldest art societies in the UK. Coley & Tilley (C&T), part of the Wilkes Partnership since 2019, has been a proud supporter of the society for over 20 years.

Andrew Piddock, a Consultant at Wilkes (formerly with C&T), is an honorary vice president of the RBSA and a long time champion of the relationship with the society. He says: “We’re actually talking about protecting part of the heritage of our city and ensuring it can continue to be an influential force in the art world.”

The Wilkes Partnership is one of a small group of corporate sponsors which helps the RBSA to continue its work. The last twelve months has proved to be one of the most difficult periods in the society’s history but, like many of its members, it has taken inspiration from the modern world. Thanks to funding from the Arts Council the RBSA has recently invested in a new website which will allow it to make more of its services available in the digital space.

The RBSA does rely on grants and donations to keep its doors open, but it also offers a calendar of events and workshops to encourage engagement with the local community.

Andrew continues: “Birmingham artists have made a huge contribution to global art over the years. The RBSA is an essential component of the city’s art scene. It’s a platform for local artists, and those from further afield, and a source of pleasure and inspiration for art lovers.”

If you would like to know more about the RBSA and its work; current exhibitions are available to view online.