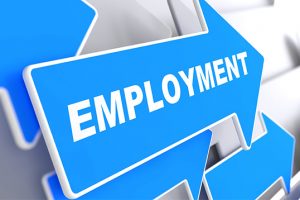 A Race Disparity Audit conducted in 2017 found large variations in pay and opportunities between white British people and ethnic minorities. For instance, it was concluded that around 1 in 10 adults from a Black, Pakistani, Bangladeshi or Mixed origin were unemployed compared with 1 in 25 White British adults.

Against this background, the Government are currently in consultation over introducing the compulsory disclosure of information on pay gaps for employees from different ethnic groups. It is hoped that this may improve equal opportunities in the workplace which, in turn, is likely to benefit Britain’s economy. As part of the consultation, which is due to close on 11 January 2019, businesses are able to share their views as to what information should be published.

Lisa Moore of the Wilkes Employment Team comments, “It is anticipated that the extended reporting obligations will operate in a similar way to gender pay gap reporting. Nevertheless, it appears that reporting on race pay will be a more complex exercise and, as things stand, there as a lack of clarity as to what exactly would need to be reported.”

Amongst other things, the consultation raises the following questions:-

Lisa Moore comments, “It is commendable that the Government is attempting to target discrimination against ethnic groups in the workplace. However, it remains to be seen if or how any disparities identified will be tackled and therefore if any improvements to equal opportunities are realistic.”

“There is also a question mark as to how accurate and meaningful any data published will be. In particular, the reporting requirement will not identify why certain ethnic groups might not be applying for particular jobs in the first place nor will it account for discrimination that may occur during recruitment processes.”

Please look out for further updates on this topic in due course.