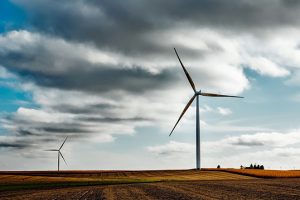 The WMS has incorporated the WMS as follows: –

“When determining planning applications for wind energy development involving one or more wind turbines, local planning authorities should only grant planning permission if:

the development site is in an area identified as suitable for wind energy development in a local or neighbourhood plan; and

following consultation, it can be demonstrated that the planning impacts identified by affected local communities have been fully addressed and therefore the proposal has their backing.”

Planning applications proposing wind energy development that include one or more turbines, will “not be considered acceptable” where it is not in an area noted to be suitable by the development plan. The NPPF also states that the proposal must also have undergone consultation and it must be shown that the proposal has the backing of the local community.

The WMS is brought forward with a notable addition, following the trend of NPPF1, in a footnote!  FN49 adds in that these negative /protective policies do not apply to the repowering of existing wind turbines, and therefore, there is clear incentive to revive such wind turbines in order to start using them again as a source of renewable energy.

From an evidential perspective it is hoped that problems and benefits (the balancing act) could be more clearly evidenced in a repowering scenario than a new green site scenario.

Stuart comments that “This change is being celebrated by those campaigning against climate change, and it is important for us to understand why”.

Although, still dependent on the securing of funding, and whether individual developers will choose to carry out such repowering, there are financial barriers that must be overcome by wind farm developers, however, it would appear that renewable energy is being refocused once again.

Stuart has a strong background of acting on renewable energy applications having most recently acted on opposing a planned windfarm in the Lincolnshire area.

If you would like assistance in relation to planning law or renewable and/or alternative energy please contact Stuart Tym at The Wilkes Partnership on 0121 710 5891 or [email protected].