Non-Disclosure Agreements. Are They Really Confidential? 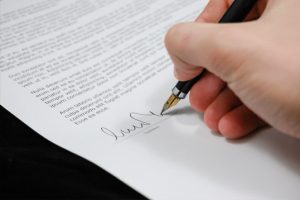 The use of Non-Disclosure Agreements (NDAs) to cover up claims of sexual harassment and discrimination may become a thing of the past, says Jas Dubb, Employment Law specialist at The Wilkes Partnership.

The use of settlement agreements to settle allegations of sexual harassment and discrimination in the employment field has come in for considerable public debate of late. Many ex-employees have said they had little option but to consider the settlement route. The lack of affordable legal advice, the legal costs and relatively low compensation awards and the fear of being ‘blacklisted’ from future employment have deterred them from bringing an Employment Tribunal claim.

Earlier this year the Telegraph reported on several alleged cases involving Sir Philip Green, owner of high street brands including Top Shop, Dorothy Perkins and Burtons. Sir Philip tried to prevent The Telegraph from publishing the allegations but ended up with a £3 million legal bill and the details were published anyway.

Billionaire Sir Philip is facing ongoing allegations of sexual misconduct and racist behavior from a number of former members of staff. He is reported to have paid them vast sums – up to £1 million to keep them quiet through the use of NDAs.

Such high profile cases have intensified the call for reforms in the use of the law concerning NDAs. The House of Commons Women and Equality Committee has recently produced a further report entitled ‘The Use of Non-Disclosure Agreements in Discrimination Cases’.

Whilst acknowledging the many protective aspects of Non-Disclosure Agreements for employees as well as employers the report highlights a number of potential downsides with the continued blanket use of NDA, including:

This report makes a number of recommendations on preventing and dealing with sexual harassment and discrimination in the workplace including:

For advice on any employment related matter and to discuss our Free Employment Health Check for your business please contact Jas Dubb at The Wilkes Partnership on 0121 233 4333.