Mother suffered stillbirth due to errors by maternity staff 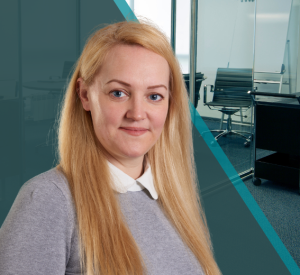 Midwifery staff at a major maternity unit in the Midlands Birmingham Women’s and Children’s Hospital failed to take a first time mother’s reports of bleeding during her pregnancy seriously which resulted in her baby being stillborn.

During labour, despite reporting ‘fresh red blood loss’, Zaynab Malik was repeatedly dismissed and told to ‘stay at home until she was in proper labour because there were no beds available for her’. On 2 December 2019, Zaynab attended the Hospital Birth Centre and was sent home and repeatedly advised not to come in when she called multiple times thereafter. When she re-attended the Centre, her baby’s heart rate could not be heard and she was told Baby Hedaya had passed away. Baby Hedaya was born stillborn, vivid blue and ‘floppy’ and the shock of the incident caused psychiatric damage to Zaynab and her sister, who was her birthing partner. Both women suffered a psychiatric reaction and required treatment.

The Trust also failed to record Baby Hedaya’s correct birthweight and took imprints of only her right hand in error causing additional distress to Zaynab.

An independent safety report by the Healthcare Safety Investigation Board (HSIB) into the case found Zaynab had called to the unit a number of times and was told to stay at home as there were no beds available. It was found Zaynab had repeatedly requested to be kept in the unit for observation, that she could have had an obstetric review due to her dehydration and the possibility of a urine infection, that it should have been identified she was in early labour, the unit failed to offer a speculum examination and that pethidine ought to have been given for pain relief. They concluded that the decision to send Zaynab home was based on the lack of availability of a bed rather than her clinical picture. She was in active labour and in pain and should have been admitted and given 1:1 care which would have on balance impacted on the frequency of her observations by the midwives and meant that earlier steps could have been taken to deliver Baby Hedaya before she died. The HSIB clinical panel considered that the Trust should improve their feedback, debrief and information sharing processes to ensure that community practitioners have the relevant information about a mother’s status following discharge.

The hospital subsequently prepared their own investigation however, it did not adequately address the concerns of the mother although it did find that she should not have been turned away. It was later admitted following legal action that a referral for obstetric led care should have been made when Zaynab presented at the unit with vaginal bleeding, that there was a failure to provide pethidine, that there was a failure to keep Zaynab in the unit for obstetric observation and to perform a speculum examination, failure to listen to her concerns on 2 December 2019 and failure to perform a CTG trace on Baby Hedaya’s heart rate to check on her health. The hospital accepted that had the above been done in Zaynab’s case, then Baby Hedaya would have survived.

The matter was settled and for a satisfactory sum, however Zaynab hopes that the same thing will not happen in future to other mothers. She comments:

“As a first time mother, I was eagerly anticipating meeting my daughter. As this was my first time in labour, I trusted the hospital and their advice and followed what they told me to do. When the night midwife arrived, this is when things went downhill. I was in a great deal of pain and although I had been prepped for pethidine, instead I was sent home and told to return once I was in ‘proper labour’. That’s when I began to feel completely hopeless and disheartened with the care I was receiving. By the next night, the pain continued to get worse and more frequent so I decided to call the hospital. I called them three to four times, asking for them to let me come back. I went as far as asking for a C-section as by that point I was in physical and emotional distress. Being turned away from the hospital on numerous occasions was horrific. I eventually decided to go against their guidance and go to the hospital as I knew something wasn’t right. To be told that your baby has no heart beat is an unexplainable pain, I felt completely numb.”

“I am telling my story as I don’t want any other parent to go through what myself and my family did. How can change happen without us being able to discuss it? As it was my first time in labour, I followed the advice I was given but if you do feel like something is wrong, listen to your body and don’t go home! Whilst the settlement will never bring my baby back, I hope the Trust have learnt lessons and in particular to take mothers concerns seriously so this does not happen again.”

“Sadly, this is a case where the mothers concerns were just not listened to. She was effectively ‘fobbed off’ by midwifery staff who should have admitted her for observations upon which she would have been offered pain relief (pethidine) and observed more closely and likely delivered her baby earlier before tragedy struck. In addition, an internal investigation by the Trust into the root cause of the incident was lacking as it did not properly address the disconnection between the recollection of the mother and that of the midwife treating her. This caused additional distress to my client and her family as she effectively had to fight for her version of events to be accepted. Evidence was taken from midwifery staff many months on when recollections had faded instead of a prompt and open investigation to put right the wrongs in this case.”

The conclusion of this tragic case comes just months after the publication of the Ockenden Report into England’s scandal hit maternity ward at Shrewsbury and Telford Hospital NHS Trust.