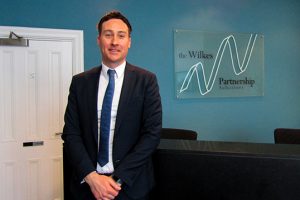 Kevin Lynch, Partner in the Contentious Probate department at The Wilkes Partnership advises that people always need to be vigilant when deciding who they wish to be appointed under a Lasting Power of Attorney (‘LPA’).

People appointed under LPA’s need to be trustworthy and understand the obligations that come with being an attorney. Problems may arise in future if an attorney does not comply with those obligations.

There are two types of LPA’s, Health and Welfare and Financial. The focus in this article is Financial LPA’s.

A Financial LPA grants authority to the appointed attorney to make decisions in respect of the donor’s finances. This type of LPA can allow, for example, the attorney to pay the donor’s bills, sell their property or investments and operate their bank accounts. The attorney can use the LPA while the donor still has capacity, unless the donor specifies otherwise in the LPA i.e. if you are unable to go to the bank to withdraw cash because you are ill, then your attorney can do this for you.

Essentially, once the LPA is registered, the attorney is able to use the document to make certain financial decisions on your behalf, albeit with your consent. It is therefore very important to take into consideration the types of decisions that your attorney will be able to make on your behalf before you create your LPA.

The potential problems that can arise are outlined in the case below.

The claimant claimed that her son, while administering her financial affairs under an LPA, had misappropriated her money in breach of duty and breach of trust.

The claimant was a protected party and her daughter had been appointed as her deputy and brought the proceedings as her litigation friend. The claimant had executed LPA’s in favour of her son in 2013 and he had become a joint account holder on her three bank accounts, a current account and two savings accounts.

The claimant’s husband had died and she had a substantial private pension which was paid into her bank account annually in a sum of over £70,000. The claimant resided in a care home which had raised concerns about the son’s management of his mother’s affairs with the Office of the Public Guardian (OPG). The OPG investigated and made an application to the Court of Protection, which revoked the LPAs and ordered the son to account for his dealings with his mother’s estate between 2013 and 2016.

The claimant’s case was that the son had misappropriated the rest, as well as two cars belonging to the claimant, and was liable to pay damages or compensation for breach of duty and/or breach of trust. The son maintained that he was a joint owner of the money in the accounts and that in any event the money had been used for the claimant’s benefit.

The Court ruled that the son was liable in damages for the misappropriated funds. The court held that:-

This case is a good example of how the OPG can step in and protect the interests of vulnerable people, equally however prevention is always better than the cure. While there is no foolproof way to protect a donor from such a breach, obtaining independent professional advice is a must and will limit the possibilities of such abuses.

Obtaining professional support will ensure that the LPA meets the donor’s needs as well as allowing an independent person to provide advice on the duties of an attorney. This will allow a donor to consider the appropriateness of any proposed attorney.

The Contentious Probate Team at The Wilkes Partnership advises executors and beneficiaries faced with an uncertain or ambiguous Will.  If you wish to discuss any aspect of Will drafting or interpretation issues please get in touch with Kevin Lynch on 0121 233 4333 or via email on [email protected].