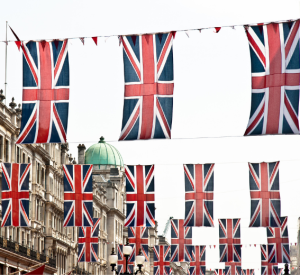 Next weekend will be a welcomed extended break for most of us in the UK. It’s time for another much needed bank holiday. Despite the crowds and traffic jams, and the not so lucky British weather, it’s something that many of us enjoy – which is good news, as this year we’ve been granted an extra day off to mark the monarch’s 70 years of service. But could this be a new permanent tradition that remains in honour of the Queen?

Calls have been growing for the Queen’s Platinum Jubilee Bank Holiday to be made permanent. The newly termed ‘thank holiday’ would recognise the Queen’s extraordinary long service as well as people’s efforts to support communities during what has been a stressful couple of years.

The move is being influenced by campaigners and has been backed by the Confederation of British Industry, Trades Union Congress (TUC) and the Archbishop of Canterbury. The idea has also won support from investor and entrepreneur Deborah Meaden (of TV show Dragons Den) amongst others.

England and Wales currently have 8 annual bank holidays, which, on the face of it, might not seem that bad – until you compare it to elsewhere. The average for EU countries is 11 bank holidays every year.

It is understood that Parliament are yet to consider the proposals and as this year’s extra holiday is in place to mark a ‘unique’ event, only time will tell as to whether the ‘thank holiday’ will be the UK’s newest tradition.