Ethical Veganism – Held To Be A Philosophical Belief 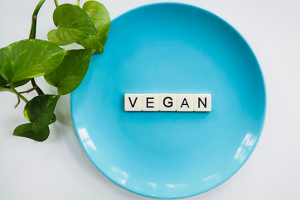 Following a recent preliminary hearing in the case of Mr J Casamitjana Costa v The League Against Cruel Sports, employment Judge Postle held that ethical veganism is capable of being a philosophical belief and therefore is a protected characteristic under the Equality Act 2010.

According to an article recently published by the BBC, there are currently 600,000 vegans in the UK, and the number is growing. The Vegan Society defines veganism as follows:

‘A philosophy and way of life which seeks to exclude, as far as possible and practical, all forms of exploitation and cruelty to animals for food, clothing or any other purpose and by extension promotes the development and use of animal free alternatives for the benefit of humans / animals and the environment, in dietary terms it denotes the practice of dispensing with all products derived wholly or partly from animals.’

Judge Postle considered the principles found in the Equality and Human Rights Commission Code of Practice on Employment 2011, particularly paragraph 2.59 which sets out the conditions for a philosophical belief to be protected under the Equality Act 2010 as follows:-

In passing the decision, the Judge referred to the Claimant’s day-to-day lifestyle to conclude that ethical veganism was a protected belief. References were made to the fact that the Claimant ate no animal products, would rather go hungry than eat animal products, did not wear any clothes from animal products and would walk an hour to his destinations in order to avoid using transport posing risks to insects and birds.

Judge Postle concluded his decision by stating that he was satisfied, and in fact found it easy to conclude that, there was overwhelming evidence before him that ethical veganism was capable of being a philosophical belief and thus amounted to a protected characteristic. It is unlawful to discriminate against someone on the grounds of nine protected characteristics in total including religion or belief.

The full merits hearing of Mr Casamitjana’s substantive claims relating to the reasons for his dismissal is to take place imminently.

Lisa Moore, Associate in our Employment Team, comments: “This topical case highlights the potential difficulties employers can face in determining what may amount to a protected philosophical belief. However, it does not necessarily mean that all individuals practising veganism will now be entitled to enhanced protection. This decision was very much based on the specific facts of the case including the Claimant’s particular belief system and his way of life. It will certainly be interesting to see what the wider effect of this ruling is moving forwards.”