Defamation Update – How Can an Employer Protect its Reputation? 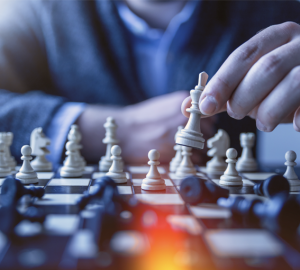 Defamation can occur when someone says or publishes something which is untrue and causes serious harm to your reputation or the reputation of your business.

Defamatory statements can be published in a variety of ways including in a spoken statement, in newspapers, magazines, employee references, on social media or on websites.

This area of law is relevant to both individuals and businesses in a variety of contexts including in the workplace.

In an employment setting, the most common issues in this respect include the following:-

What are the implications for employers?

Defamatory acts by individuals, including customers as well as employees, can cause reputational damage resulting in significant financial loss.

Depending on the circumstances, employers can be held to be vicariously liable for unlawful statements made by an employee if they are deemed to be made in the course of the individual’s employment.

On the other hand, if an employer receives the threat of a defamation action, they could face legal proceedings such as a claim for damages or even an application for an injunction to restrain further publication of the statement in question.

What can businesses do to protect their position?

As a starting point, employers should have a robust policy in place in order to ensure that employees are fully aware as to what behaviour is expected of them. The policy should set out what is considered to be acceptable with regard to social media and it should be wide enough to cover personal use outside of work. It should also prohibit the making of derogatory remarks about the business and its employees more generally.

Where a member of staff is found to be in breach of this policy, consideration should be given as to whether it would be appropriate to commence disciplinary action.

Where a customer raises a complaint, all steps should be taken to resolve the position as far as reasonably practicable.

Lisa Moore, Associate at The Wilkes Partnership comments: “Particularly where libellous comments have been posted online, it is essential to act quickly and try to ensure the removal of the offending statements as soon as possible. Comments made online can be circulated incredibly quickly thereby causing significant financial harm to a business.

A formal demand should be sent to the individual involved initially requesting the immediate removal of the material and putting them on notice of potential claims which may be pursued. If the individual fails to take action to delete the comments or prevent further publication, where the comments appear online, the host site should be urgently contacted to seek to have the statement removed.

There is increasing pressure for host sites to take action where offending comments have been published online. Notably, an Australian court recently ordered Google to identify the person responsible for a negative review of a dentist in order that he could pursue a claim for defamation.

After following the above steps, employers should give thought as to whether any further action is necessary. For instance, if damage has been caused by the offending statements and it is not possible to reach an agreement regarding losses incurred, a claim could be issued for damages. Employers should be aware that, again, they would need to act relatively quickly in this respect. The limitation period for defamation claims is quite short, being 1 year from the date upon which the defamatory statement was published.”

We would be happy to assist with any queries you may have relating to either defamation or reputational risk management.

To discuss anything arising from this update, please contact Lisa Moore or Nigel Wood on 0121 233 4333 or email [email protected]