Dealing With Long Leaseholds As An Executor 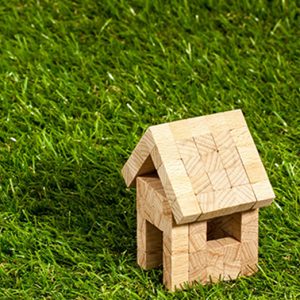 Katie Briggs, Assistant Solicitor in the Property Litigation team at The Wilkes Partnership provides her analysis on the role of an executor dealing with long leasehold properties and how to ensure matters are kept simple and straightforward.

Executors in distributing the estate on behalf of the deceased may need to deal with long leasehold properties which were owned by the tenant or rented out. As the terms of these leases shorten over time this affects the value when the leasehold property needs to be sold. In order for the executors to act in the best interests of the estate and realise the best value of the property, a request for a lease extension may often be necessary.

A residential tenant of a flat has the right to request a new lease under the Leasehold Reform, Housing and Urban Development Act 1993 often referred to as a lease extension. In order to do so the tenant must hold the property under a long lease, the property must be a flat in a qualifying building and the tenant must have been the legal owner for at least two years before requesting a new lease.

The process of a lease extension requires a formal notice to be served on the freeholder, however, executors are required to keep liabilities to the estate as low as possible and this process can be technical and expensive requiring specialist legal expertise. This is simply in order to achieve the best value for the leasehold property so it can then be sold.

This summer, however, the courts reviewed the legislation and in particular provisions for executors requesting a new long lease from the freeholder clarifying some important deadlines which will assist executors dealing with an estate.

The case was brought by the purchaser of the long lease against the freeholder. The executors had arranged and agreed the sale to the purchaser on the basis of the request for the new lease. This increased the value and assets of the estate. The freeholder refused to accept the purchaser’s right to request a new lease and the notice which had been served by the executors prior to the sale.

Prior to this case there had been an understanding that executors or personal representatives needed to request a new tenancy on behalf of the deceased who qualified within two years of the grant of probate or letters of administrations. This was believed to be a strict time limit for executors to follow under the legislation. Once requested the benefit of that notice would be assigned to a purchaser usually at the same time as completion.

In this particular case the deceased died in 2007 and the grant of probate was obtained in 2010. The leasehold property was only sold in April 2016 with the transfer registered with the Land Registry later in June 2016. The executors had served a notice on the freeholder to request a new lease prior to the transfer being registered but after the property had been sold. The notice had been served on the basis they had been a qualifying tenant for a two year period. As executors there is no automatic requirement to transfer the title of the property from the deceased to the executors prior to selling the property.

The freeholder disputed the notice served by the executors as it was more than 2 years after the Grant of Probate and had been served after the lease had been sold (albeit not yet registered with the Land Registry).

The county court found in favour of the freeholder that the notice should have been served within 2 years of the grant of probate. The court further indicated that if that had not been an issue the court would have decided the notice was valid. The executors serving the notice after sale but prior to registration did not invalidate the notice. As a result the purchaser of the lease appealed the decision and the freeholder appealed the second point made by the court.

The court confirmed on appeal that the intention of parliament for requiring notice to be served within 2 years of the grant of probate was an additional right to executors and did not limit the general right to request a lease extension once they themselves had held the lease for at least two years. This would apply to a scenario where the deceased was eligible to request a new lease but the executors themselves had not owned the property on trust for the minimum 2 year period. This then allows executors to serve the notice and sell the leasehold property earlier than the legislation would ordinarily allow.

This relieves the pressure placed upon executors so as to ensure that a notice does not need to be served on the freeholder requesting a new lease until a purchaser of the long leasehold flat has been secured. Subsequently that notice can be assigned to the purchaser who would deal with the new lease negotiations further limiting the need for an executor to take any further action for a lease extension or increase costs to the estate.

The court gave guidance to executors dealing with any long lease extensions which form part of an estate. For best practice a notice should be served on the freeholder prior to completing the sale of the leasehold. This would have avoided any further argument being raised by the freeholder that the notice was invalid. Although it should be noted that this was unsuccessful by the freeholder in any event.

This case of Villarosa v Ryan [2018] shows a sensible judgement and clear interpretation of parliament’s intention with the legislation. That is not to implement further obstacles for executors in dealing with estates but to assist them. Keeping the risk and liabilities to the estate at a minimum.

If you have any enquiries regarding an estate involving a long leasehold which will need to be sold and have a lease extended or any issue related to property litigation or contentious probate please get in touch with us at The Wilkes Partnership. We have specialist departments dealing with both areas of law who will be able to be to assist you in keeping matters straightforward and minimising any personal risks to the executors.

If you wish to discuss any aspect of Will drafting, interpretation issues or disputes/obligations of being an Executor, please get in touch with Katie Briggs on 0121 233 4333 or via email on [email protected]