COVID-19 And Force Majeure -Time To Dust Off An Old Faithful? 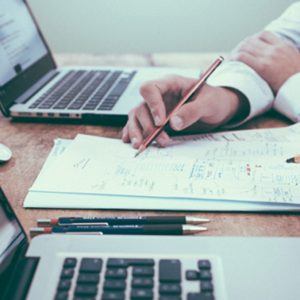 Most commercial contracts will contain a number of standard clauses that the parties will have paid very little attention to. Such clauses, commonly referred to as “boilerplate” clauses, will have been included to cover off various technical legal points.

One of the most common – and least used – of these clauses is a “force majeure” clause. Yet amid the economic uncertainty of the COVID-19 pandemic, these little used clauses might be about to come into their own.

The basis of any contract is to set out what obligations the parties have to each other – essentially, what they have agreed to do to fulfil their part of the bargain. However, very occasionally a party is impeded or prevented from performing its’ obligations as a result of events beyond its’ control. Such an event or circumstance can be a force majeure event.

A force majeure clause – often nestling toward the end of what may be a lengthy contract – will set out the requirements for establishing the existence of a force majeure event in that particular contract. All contracts and clauses are different, but force majeure clauses generally contain some fundamental characteristics.

To invoke the clause, a party will often need to prove that some event has occurred which is beyond that party’s control; that this event could not have reasonably been foreseen when the contract was agreed; and that the effects could not have been avoided or overcome by that party.

The outbreak of a “new” virus resulting in a global pandemic which has largely paralysed economies across the world, would seem to tick all of those boxes.

If a party to a commercial contract is able to successfully rely on a force majeure clause, typically that party can: –

Often the other party is then also permitted to suspend their performance of the contract – so the contract is effectively “put on hold” whilst the force majeure event is ongoing.

“The current disruption is exactly the type of event that force majeure clauses were designed for. So now is the time to dust off those clauses and see if they can help your business out of a potentially difficult situation. We can review your contracts and advise on the particular clauses that may be relevant. We can also assist in negotiating with the other party in order to resolve any disputes at an early stage and help to protect you and your business.”

For further information or to discuss how we can help you, contact Gavin Evans at The Wilkes Partnership on 0121 710 5950 or by email at [email protected]