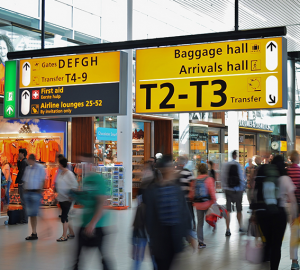 In this article Jackie Lee, Solicitor in our Family Law Team discusses Prohibited Steps Orders (PSO’s) and how they can be put in place to limit the travel movements of a child without both parent’s consent.

Prohibited steps orders are granted by the Family Court in instances where one parent disagrees with a child or children leaving the country.

During the current situation surrounding COVID-19 the Family Court has seen a rise in PSO applications, with many being granted. Although flights might be leaving the UK it is advisable to check on the FCO website for the latest Government guidance on travel and check with the Parent with Parental Responsibility for the children that they give permission to travel. If there is a Government warning in place on a destination there is a strong likelihood that an application for a PSO would be granted.

In early August Jackie Lee was approached by a Father seeking an urgent intervention to stop his two children leaving the UK to a country flagged by the FCO as a destination where “all but essential travel” was not advised. In addition, our client also cited concerns over missed schooling which was duly noted by the courts.

On Sunday 2nd August 2020, the Mother, who held custody for the children, notified the Father that they were due to travel with the children on Friday 7th August 2020. In response our client contacted us on Monday 3rd August and instructed us to apply for a Prohibited Steps Order on his behalf which was filed with the Court on Tuesday 4th August. A Prohibited Steps Order preventing travel was in place by Wednesday 5th August.

Alongside successfully blocking the children leaving the country the court order also forced the surrender of the children’s passports. A Penal notice was also attached to the order meaning that if the Mother did not comply she would risk a custodial sentence. The Court also ordered the Mother to cover the cost of the Father’s legal fees.

We are able to offer appointments via telephone or video call at a time to suit you. If you require any advice relating to a Family Law matter please contact Jackie Lee on 0121 784 4443 or via email on [email protected].